Corbeau Seats Rally Tendring & Clacton is confirmed today (October 19) as the opening round of the 2022 Motorsport UK British Rally Championship (BRC). England’s first closed road rally in 2018, the Chelmsford Motor Club (CMC) event was due to join the BRC in 2020, but has twice been cancelled during the coronavirus pandemic.

Victor Lee, Managing Director of St Leonards-based title sponsor Corbeau Seats, welcomed the news: “Inclusion in the BRC is a feather in the cap for Chelmsford Motor Club and also reflects the enthusiastic support the club enjoys from Tendring District Council and the local community. After two difficult years, we’re delighted to be back.”

Scheduled for the weekend of April 23/24, the event will start with two runs through a new spectator stage on Clacton seafront on the Saturday evening, which will bring the rally to the heart of the local community. On Sunday, crews will head out into the surrounding countryside for three loops of four closed road stages, with designated spectator viewing areas and facilities.

Event Director Tony Clements said: “Our first closed road events received a great response from the rally crews and most strikingly from the people of Tendring and Clacton, who enjoyed a family-friendly day out. Our partners and local communities have been waiting patiently for the rally to return and we’re delighted to bring a round of the prestigious BRC to the area, as well as catering for our clubman competitors.” 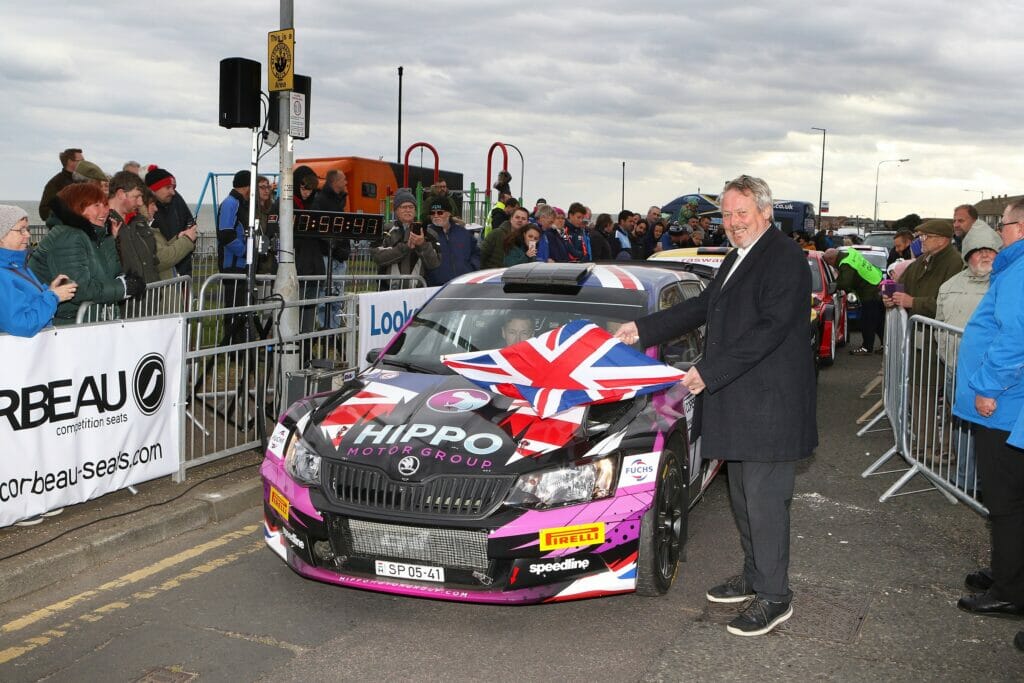 Cllr Alex Porter, Tendring District Council (TDC) Cabinet Member for Leisure and Tourism, added: “To be the opening round of the championship is undoubtedly a real coup which will hopefully draw even more spectators to the event, as well as national and international media coverage of our beautiful district. The evening stage along Clacton seafront on the Saturday is an added attraction and incentive for people to come and make a weekend of their visit – boosting our local businesses.”

Following a change in legislation to allow the running of motor sport events on closed public roads in England, CMC staged the first such event in April 2018, with the encouragement and support of TDC; after Saturday Scrutineering, 15 special stages were run on the Sunday. In 2019, the event evolved to include a Saturday night Ceremonial Start along with 20 per cent more stage mileage, while the 2022 edition evolves further with the addition of live action on Saturday evening.

Corbeau Seats Rally Tendring & Clacton also brings the BRC to the south east of England for the first time. The southern counties have rarely featured in the country’s senior championship in past years, most recently Rallye Sunseeker centred on Bournemouth and Poole in Dorset from 2011 to 2013, while the Tempest Rally in Aldershot in Hampshire (2002 – 2005) and the one-off 2000 MSA Rally based in Grantham, Lincolnshire, also featured.