Corbeau Seats UK are a proud partner of the Mini Challenge, providing many of the cars on the grid with Corbeau seats and LUKE harnesses and accessories.

Rebecca Jackson is one of the championship drivers that uses Corbeau and Luke products in her JCW Mini Challenge race car, have a read through how she got on at the final round of the 2017 season:

The MINI Challenge comes to a close at Donington

It was Rebecca’s main objective going into this race weekend to secure 20th position in the MINI Challenge driver standings. Sitting 21st after the last round meant she had a good chance of reaching her goal and doing herself and the team proud in her first-ever full season in a front-wheel-drive car.

Qualifying didn’t quite go to plan with Rebecca clipping the kerb on the third lap. This punctured her tyre and caused it to come off the rim, she ended up in the gravel. With only three laps under her belt, she was sure she’d be at the back of the grid because everyone had been struggling to get heat into their tyres during those early laps.

As it turned out, Rebecca’s three laps, despite cold tyres, had put her in P23 for the first race. This result was nowhere near as bad as she’d first thought, that goal was still well in sight.

Rebecca got a fantastic start, as she often does, going into race 1. She had a few quicker drivers behind her who she managed to hold off for a while before they got past. Having made a few places up herself, she finished the race in a very respectable P18, well on track to hit her championship goal.

For race 2, all Rebecca had to do was finish. Even if she came last she would still secure that 20th position in the championship.

After another fast start, Rebecca decided that she needed to take things slow and just bring the car home. After an uneventful race, she finished in P21.

This secured her 20th position in the season’s championship, out of 32 drivers. Considering this is her first full season in a front-wheel-drive car, Rebecca is over the moon. Rebecca says: “This season has been amazing. The racing has been close and I’ve learned a lot about handling the JCW MINI.

“The team manager David is superb and gets everyone to do exactly what needs to be done, even in times of crisis. Mike and Cassie, my race mechanics, have kept the car running smoothly and it’s been great going through all the numbers with my data engineer Richard. Thank you to the entire Excelr8 team for all their hard work throughout the season.”

During the weekend, Rebecca filmed a video with DENSO promoting the Iridium Spark Plug. This is the same product she promoted during the Track 2 Track road trip. It’s a long-lasting spark plug that’s suitable for even the most ambitious of drives. We’ll let you know as soon as the video goes live.

Rebecca says: “It’s been a fantastic first year with DENSO and I can’t wait for next season. Watch this space as I’ll be announcing plans as soon as I can.

“UK Postbox has also been an invaluable partner as they digitise my post, this means I can pick it up no matter what track I’m at.“ 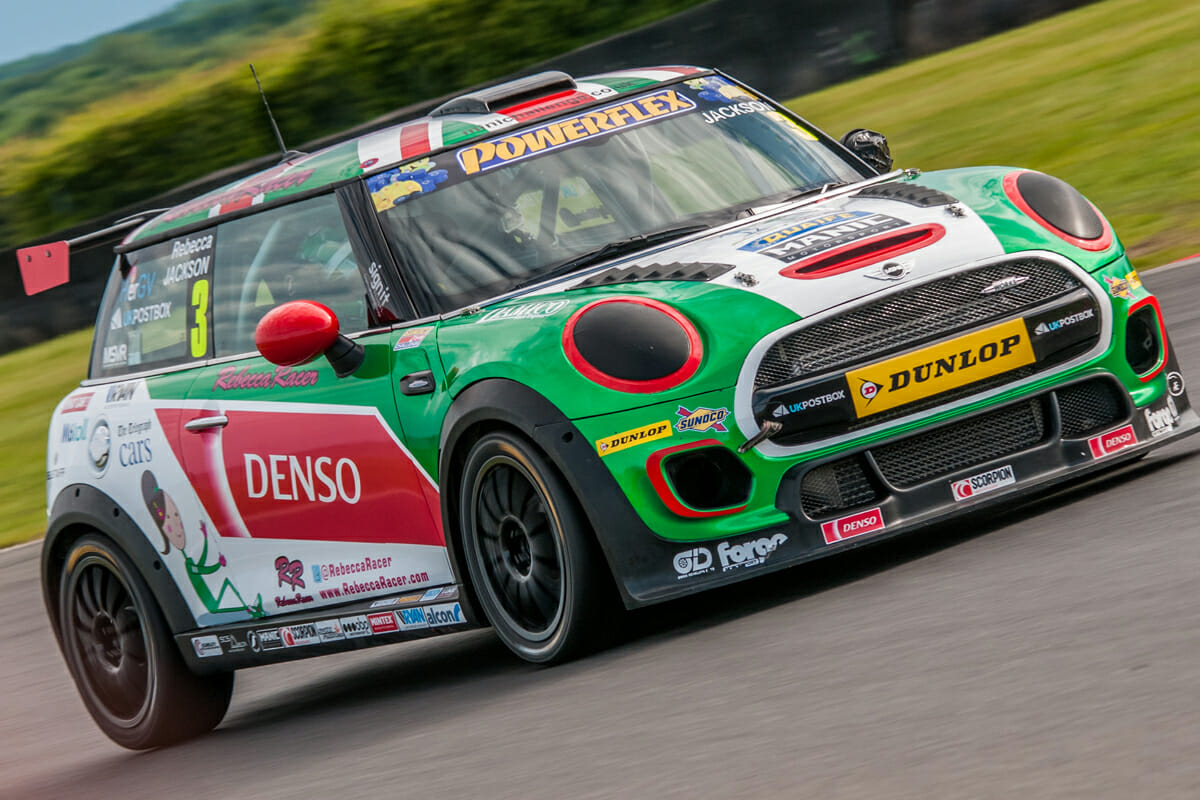 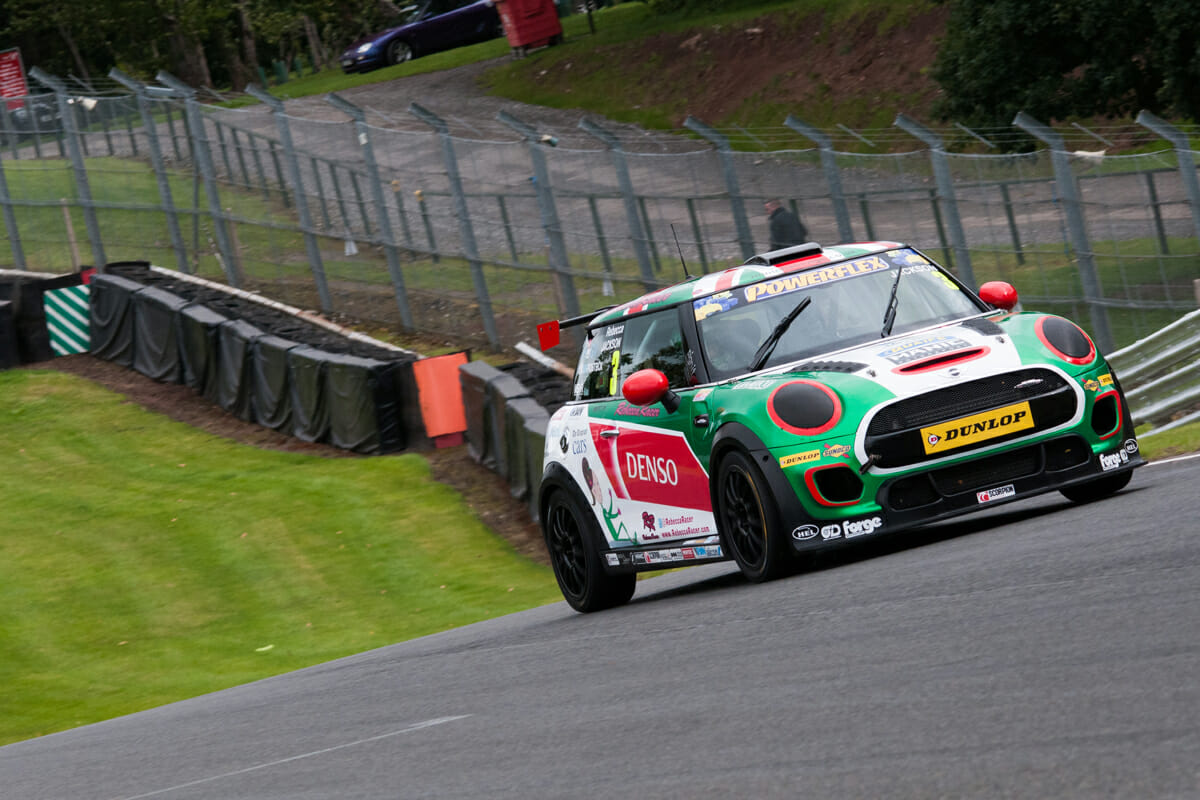 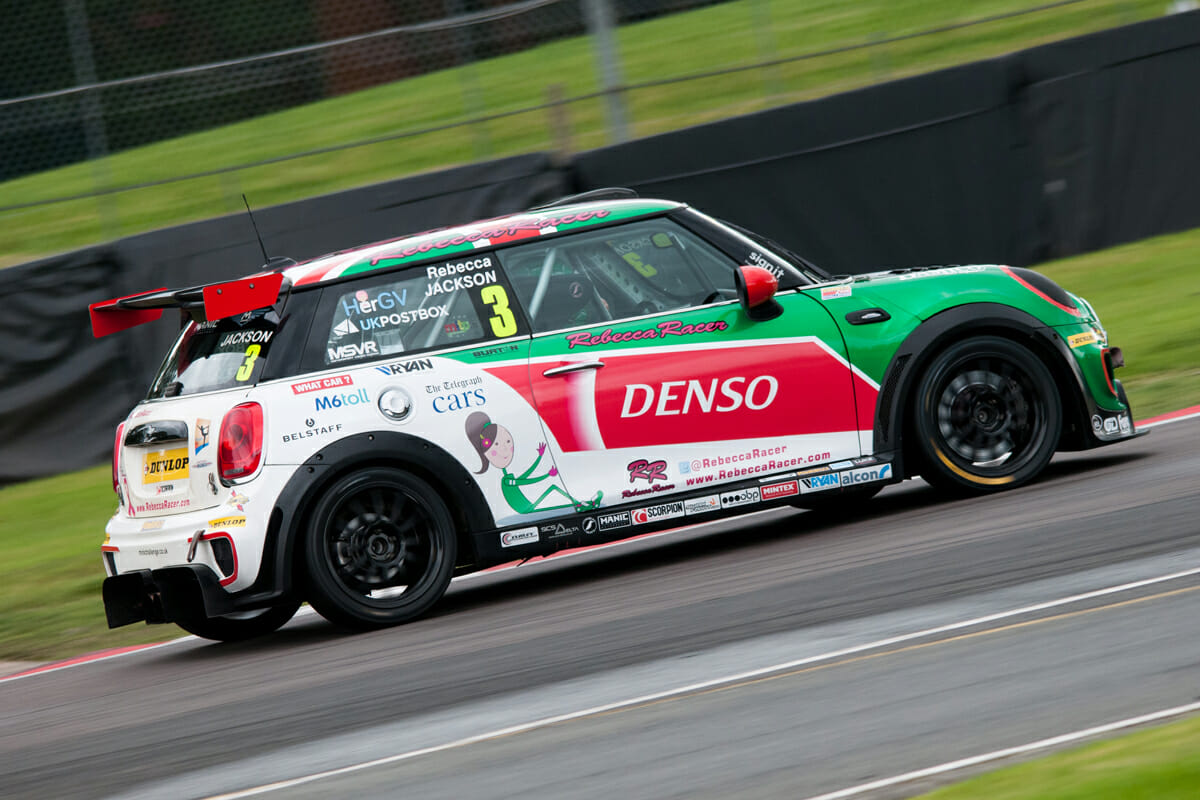 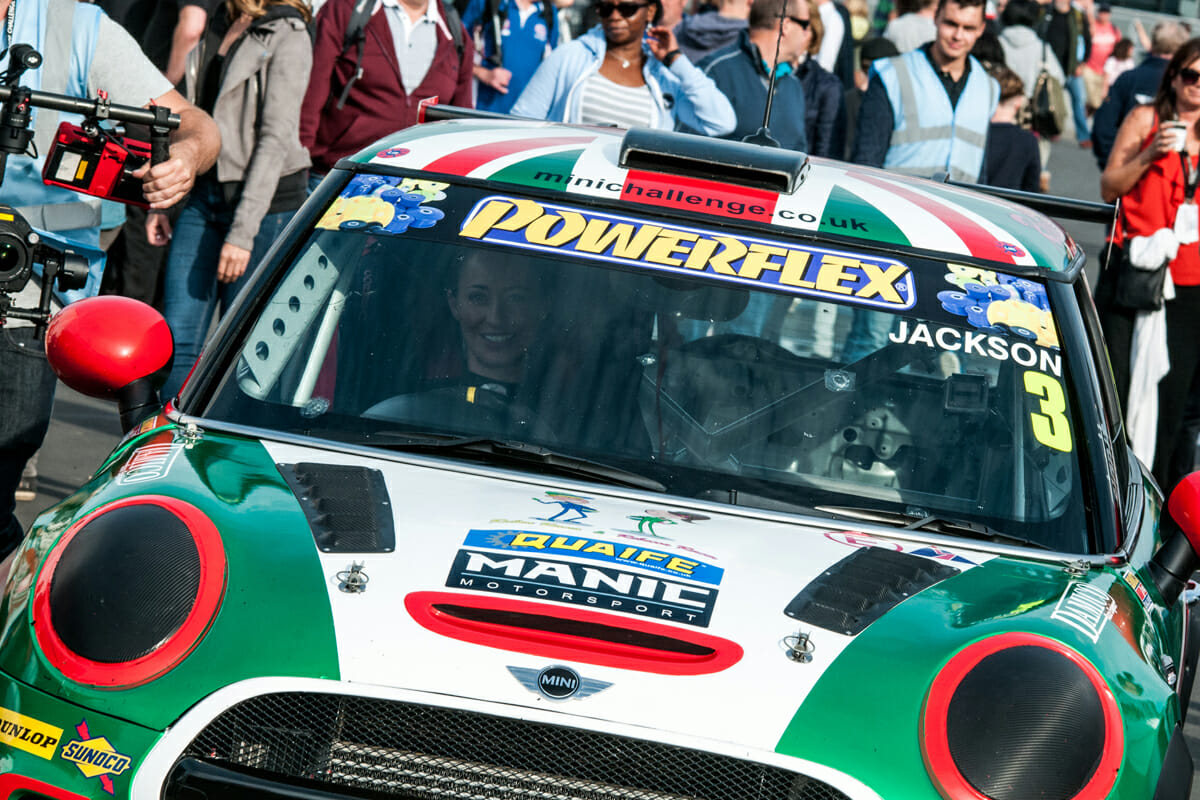 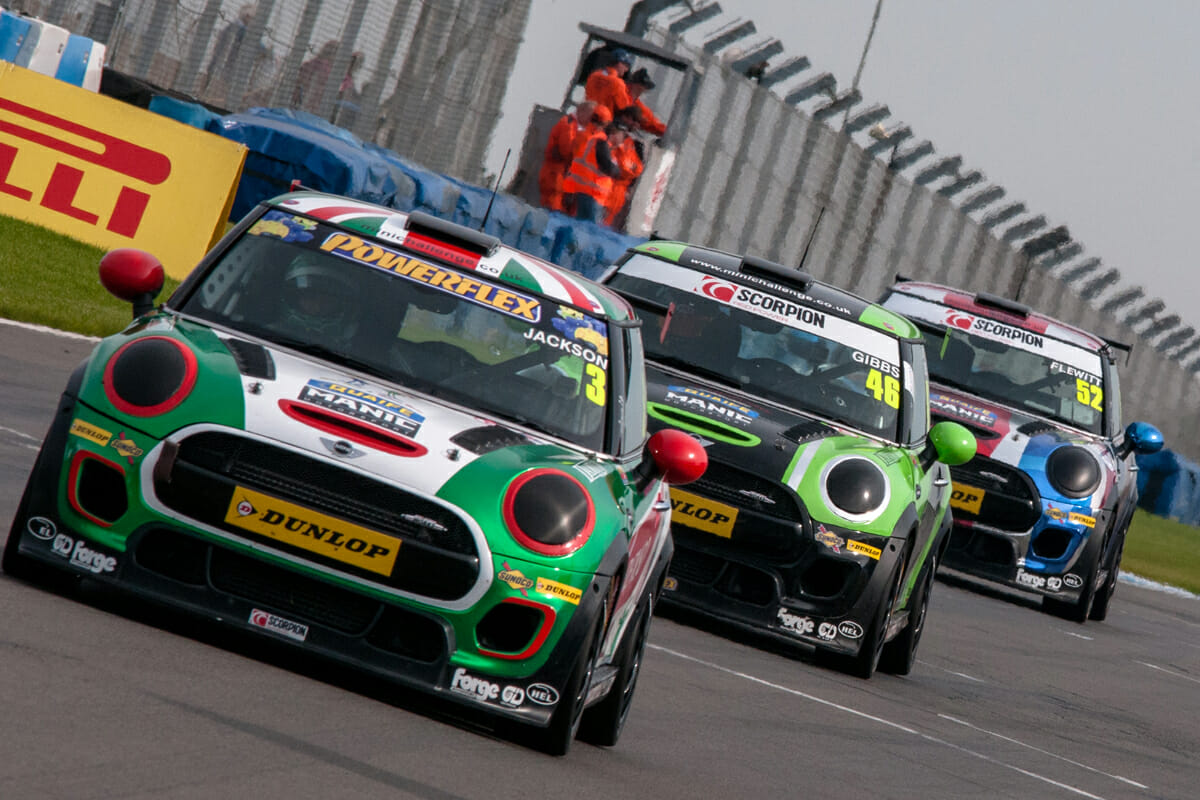